Termites in Zimbabwe Africa chew up dead wood and other dead plant matter which is then broken down in their gut with protozoa and a multitude of special bacteria’s acting in a symbiotic manner with the termite and the gut protozoa.

Termites are also known as ‘white ants’, (although they are not ants and are part of the cockroach order) termites are blind, living the whole of their life out of sunlight and underground in their nests. Some nests or termite colony’s become so large in numbers that the termites have to build large towers above ground to act as cooling towers and extra living room against lower ground flooding. The towers are commonly built with their narrow edges facing the Sun (east to west) with the internal chambers built with flutes to encourage air to rise from the lower chambers to the top of the mud tower. The towers are built by the termites using the waste wood pulp, soil and a special excretion to create a ‘cement’ that when dry becomes hard and weather resistant.

The termites have to forage to find enough dead wood and organic matter to turn into pulp or they will run out of food, when this happens the termites will re-locate and create a new colony elsewhere.

When foraging for dead wood the termites will build underground tunnels as well as over ground tunnel chambers to make sure that they are not exposed to sunlight and the predators that find them so delicious to eat. This is especially so when termites climb Trees looking for dead wood to carry away, the mud tunnels can be easily seen as the red African soil shows up against the brown or grey bark of the Trees. 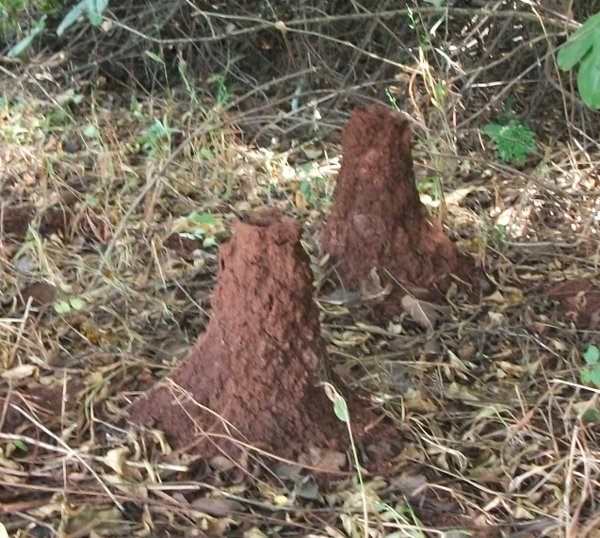 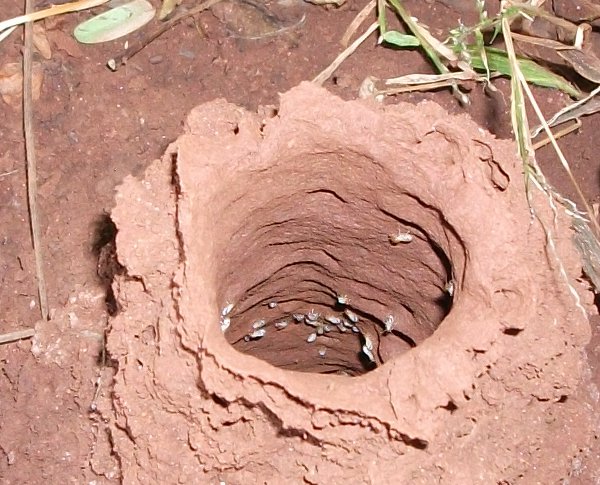 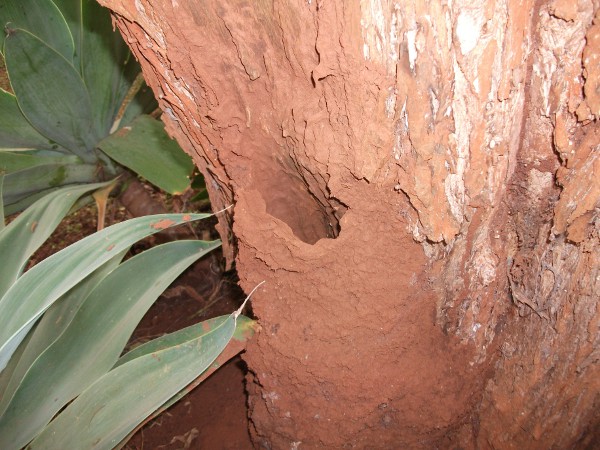 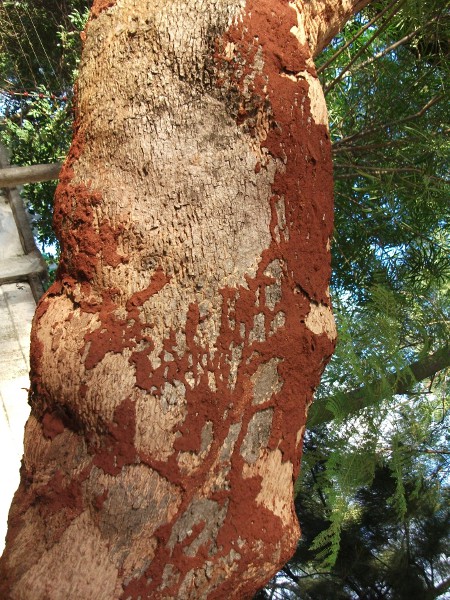 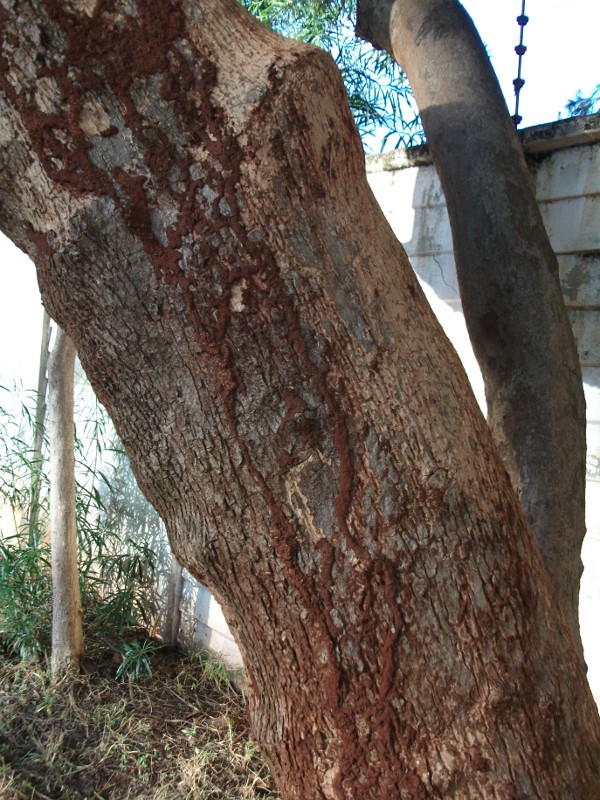 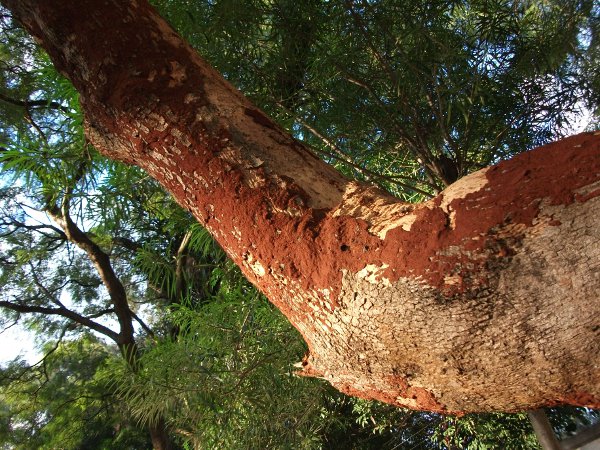 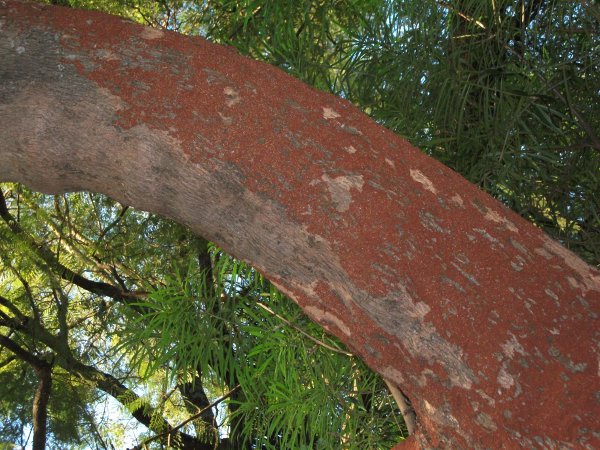 2 thoughts on “Termites on Trees in Zimbabwe”